Welcome to Women in Horror Month, something that should most definitely be celebrated. I have been extremely lucky to have been granted a few precious moments of the simply wonderful C. J. TUDOR’s time.

Do you find that people who know you, friends and family, are surprised that you chose horror as your genre, as you seem like such a lovely and cheerful person?

Not really as they know what I love to read and watch. I’ve always been fascinated by creepy stuff ever since I was a kid. I find most crime/horror writers are usually really nice, happy people. I think it must be because we get all our dark evil thoughts out on the page!

Which Stephen KING book is your favourite? Mine is Desperation.

I’ll have to pick two – The Shining and Pet Sematary.

How do you come up with the names for your characters? I sometimes struggle, as I try not to use the names of people I know in case they are offended!

I do use bits of people’s real names (but only friends and only with their permission!) Often, I’ll use real names and change them at a later point. I always have to get my main character names right before I start. Sometimes they come quite organically. Others I have to work on them a little until they sit right in my head!

Writing horror can be dark and morbid. How do you balance all the death and despair with real life?

I don’t really take it away with me at all. I might wrestle plot points while out on a walk or while sitting in the soft play, but really as soon as I close the laptop, that’s it. I don’t have to transition from dark to cheery. I often go straight from writing something really gory to baking fairy cakes with my little girl!

If The Chalk Man or Annie Thorne were made into a TV series or movie, who would you love to be involved, director or actor wise?

I really have no idea. I always say that the characters exist in my head, so I don’t really mind how someone else interprets them. I think you have to be open-minded with TV and film and remember it’s a very different medium. The Chalk Man has been optioned for TV and we’re at script stage. We’re in talks about an option for Annie Thorne and The Other People has already been optioned for TV. I can’t say by whom but I’m a huge fan of their work. Very excited!

You have been described as a British female Stephen KING. How does that make you feel?

When I was a dog-walker, writing in my spare time (which I had very little of) I would dream about being a published author and someone comparing me to the master! So, it literally is a dream come true. The biggest honour and compliment, although I think I have some way to go to ever reach his heights.

As you know, I write short horror stories. I am hoping to build up my confidence to start a novel. What one piece of advice would you give to aspiring authors?

Every first draft is awful. Every book will hit a point where you think it’s crap and want to give up. Don’t. Plough on. Finish it. Getting to the end is an achievement in itself. And you can’t edit a blank page.

Felicity is always asking me to write something ‘not scary’ for her. Do you make up stories for Betty?

Well, Betty is 6 and a half but already quite macabre. She loves Tim Burton and Coraline and The Addams Family. I don’t think I could ever write anything for her age group. But I have toyed with an idea for a middle grade horror so who knows?

I know that again like me, you are a big fan of Disney. What is your favourite film and ride at Walt Disney World? (Mine are The Little Mermaid and Fantasia, and The Tower of Terror and The Haunted Mansion are my Must Do attractions).

Favourite Disney movie? Hmmm. Well, obviously The Nightmare Before Christmas. We’re also big Star Wars fans in our family so they’d be up there. Ooh, and I love Maleficent. Fave rides at Disney – Star Tours, Tower of Terror and we cannot wait to visit Galaxy’s Edge in October!

A Huge Thank You to Caz for taking time out of her extremely busy schedule to chat with me.

C. J. TUDOR lives with her partner and young daughter. Her love of writing, especially the dark and macabre, started young. When her peers were reading Judy BLUME, she was devouring Stephen KING and James HERBERT.

Over the years she has had a variety of jobs, including trainee reporter, radio scriptwriter, dog walker, voiceover artist, television presenter, copywriter and, now, author.

Her first novel, The Chalk Man, was a Sunday Times bestseller and sold in thirty-nine territories.

It was inspired by a tub of chalks a friend bought for her daughter’s second birthday. One afternoon they drew chalk figures all over the driveway. Later that night she opened the back door to be confronted by weird stick men everywhere. In the dark, they looked incredibly sinister. She called to her partner: ‘These chalk men look really creepy in the dark . . .’

Her favourite films are Ghostbusters and The Lost Boys.

She is SO glad she was a teenager in the eighties.

Her latest novel, The Other People, was released on 23/01/2020 and has already been deemed to be a masterpiece by book bloggers and reviewers alike.

Check out MY review here.

Caz is without a doubt THE author to follow and watch out for. Mary SHELLEY, Susan HILL and Shirley JACKSON fans, watch this space, C. J. TUDOR will be a name we all remember.

And here is some extra info about moi, should you be interested …

Janine has been a fan of horror since she was very young, starting with Stephen KING at just 9 years old. Her time as a Police Officer and own supernatural experiences, help fuel her imagination with dark and grizzly tales. She especially enjoys writing Flash Fiction and Creepy Pasta. 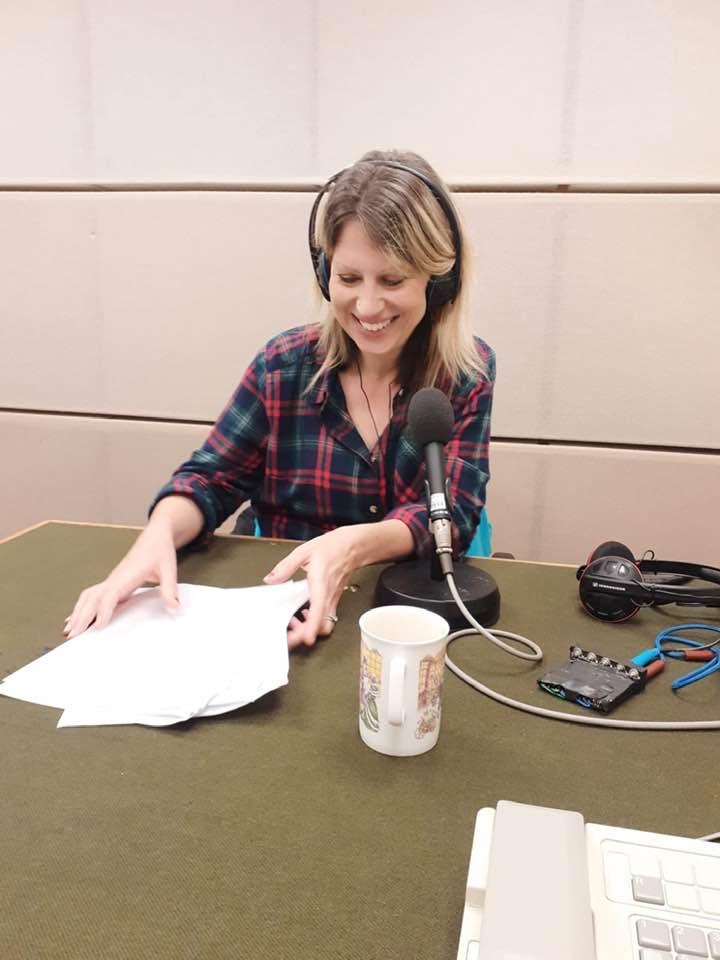 Thank you for reading and as always, sleep well …

3 thoughts on “Interview with the A-Mazing C. J. TUDOR for Women in Horror Month”